French (français) French is a Romance language spoken by about 338 million people. It is the third most spoken language in Europe, after German and English, and is also spoken in parts of Africa, North America, South America, Asia and Oceania. Il and elle can also mean it when they replace a noun (il replaces masculine nouns, and elle replaces feminine nouns) instead of a person’s name.  Ils and elles can replace plural nouns as well in the same way.  Notice there are two ways to say you.  Tu is used when speaking to children, animals, or close friends and relatives.  Vous is used when speaking to more than one person, or to someone you don’t know or who is older.  On can be translated into English as one, the people, they, you, in the indefinite sense, and it is often used instead of nous to mean we.

Tutoyer and vouvoyer are two verbs that have no direct translation into English. Tutoyer means to 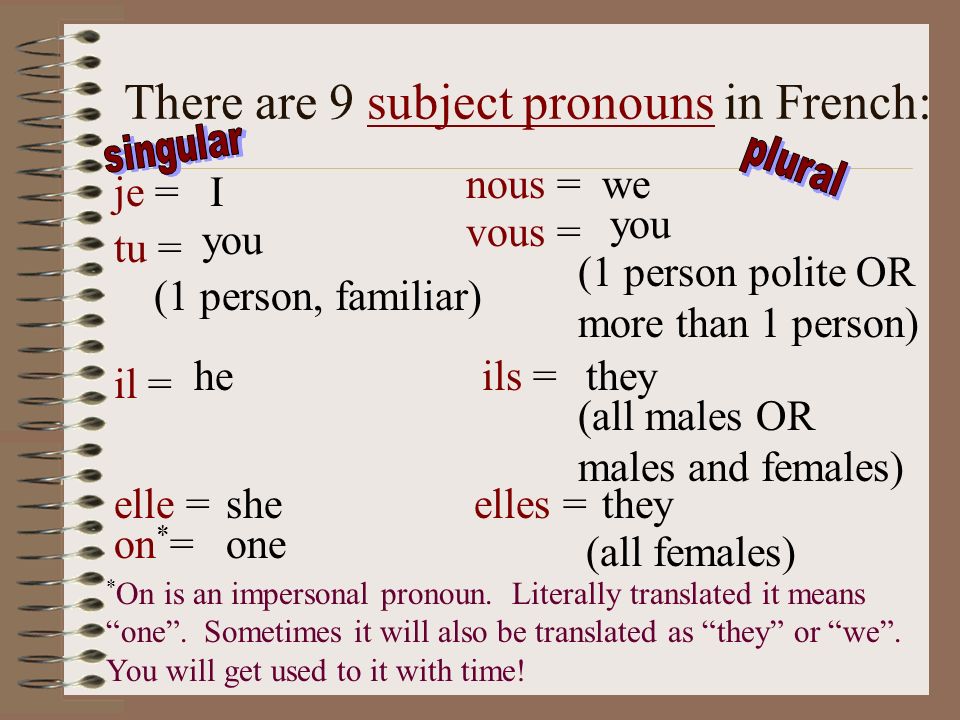 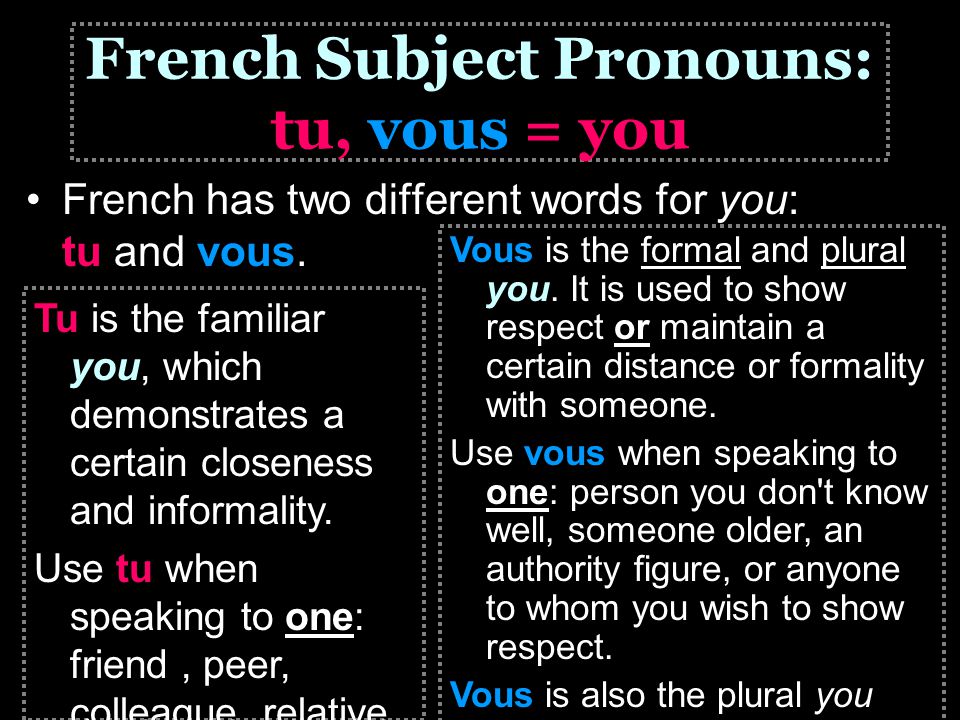